The History of IAIS

The year is 1984. The just recently formed Heartland Rail Corporation, whose owners consist of Maytag, Pioneer Seed, CRANDIC, Pella Rolscreen, and others, selected Iowa Interstate Railroad (“IAIS”), a separately owned company, as its operator. Heartland, with the help of a loan from the State of Iowa and other resources, purchased 553 miles of the former Rock Island Railroad from Council Bluffs to Bureau for $31 million on October 10, 1984.

Trackage rights to Chicago were finalized with CSXT and METRA and the railroad was able to move its first train on April 29, 1985. The train was historically significant as it represented restoration of through-service from Council Bluffs to Chicago for the first time since the Rock Island’s liquidation in 1980. 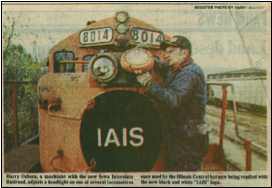 These beginning years found Heartland and the Iowa Interstate experiencing difficult times, including serious discussions of bankruptcy proceedings. In 1991, the Iowa Interstate was purchased by Heartland to combine the operating entity with the owner of the track structure. Pittsburgh-based Railroad Development Corporation (“RDC”) invested additional capital in the railroad and also obtained an option to purchase the enterprise. Heartland’s shareholders had changed over the years; several owners sold out and Archer Daniels Midland became an investor in 1995, ultimately acquiring a controlling interest. In January 2004, RDC exercised its option to purchase the company and emerged as the sole owner of the railroad.

In February 2006, IAIS completed a transaction to lease 32 miles of track from CSXT between Utica and Henry, Illinois. This track was in dire need of maintenance, prompting IAIS to complete a rehab project to bring the speed up to 25 mph by that fall. The purchase of the CBGR railroad property from OMNITRAX in Council Bluffs was also completed in 2006. This added 93 acres of rail yards and 6 miles of main line. Parts of the property are in use for carload activities; the rest will be used for future expansion and industry. Finally, on December 31, 2006, IAIS closed on the Lincoln and Southern Railroad acquisition for track between Henry and Peoria, Illinois. Completing three transactions in one year was not a small task to accomplish but all went well without major problems. 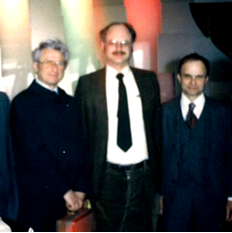 Harry Meislahn served as IAIS first President from 1984 until 1986 when Paul Banner assumed that duty. Fred Yocum took the helm as President in 1991 until 1998. Doug Christy became President for a short term. He was succeeded in 2000 by Penn Central and ADM veteran Jon Roy, who served until his retirement in 2002. At that time, Dennis Miller was promoted to President and CEO. In March of 2012, Mr. Miller was promoted to Vice Chairman of the Board. Jerome Lipka succeeded Miller as President and CEO after four years with the company as CFO.

Growth generates challenges. A two-story brick building at 800 Webster Street in Iowa City was built in 1988 to provide management of operations from a trackside location. However, its small size required that some administrative personnel be housed in other locations. In November of 2004, IAIS consolidated its offices to a new facility in Cedar Rapids that is proximate to several major customers.

Revenue load counts have grown from 48,689 in 1992 to over 100,000 in 2015, a vast difference compared to that first train with one engine and one car in 1985. While grain and grain products form the bulk of the Company’s business, carloads are increasing in coal, sand, metals and intermodal. Four ethanol and two bio-diesel plants have opened on our line since 2007. IAIS initiated piggyback service in 1985. Double-stack intermodal service commenced in 1987, with intermodal ramps in Council Bluffs and Blue Island. Using a combination of federal grant and its own funds, the Council Bluffs intermodal ramp received an upgrade in 2010. The Company also provides transloading capability at various locations along its lines.

Safety is an integral part of the Iowa Interstate’s persona. The Company spends thousands of hours per year in recruiting responsible employees and in training and reinforcing safe operating practices. The Iowa Interstate has spent, and will continue to spend, considerable amounts in this regard including new employee facilities, lighting, hot box detectors, fall protection, and other equipment to further our safety culture.

To increase mechanical reliability, the Company purchased twenty-two rebuilt GP38-2 and four SD 38-2 locomotives in 2004. For better fuel economy and maintenance savings, Iowa Interstate materially upgraded its fleet with the purchase of 12 new 4400 horsepower units from General Electric. Two more of these units were bought in 2010 and a further three were procured in 2015. With these units, Iowa Interstate remains competitive and poised for growth. The Dennis H. Miller Locomotive Works was constructed in South Amana, Iowa, in 2012 to service and maintain all power.

Since 2005, the Company has heavily invested in its track. Our main line meets the modern 286,000 pound per railcar standard. The Company embodies a six-year cycle in expending the necessary capital monies for improvement. A comprehensive bridge analysis program was completed in 2013 and forms the basis of rehabilitating these structures on a priority basis. Major improvements have been made at the Silvis and Council Bluffs Yards.

Through these many phases of transition, Iowa Interstate has remained a company with a humble personality and a sense of humor.